Aaron douglas: the meaning behind the melody

To learn more about the story behind the song, we asked Aaron a few questions to shed light on his work.

Aaron douglas: the meaning behind the melody

It’s easy to see why “Shipwrecks” has been one of Aaron Douglas’ most popular hits. His powerful yet soulful vocals sit atop the glistening guitar riffs than rise as the song builds. To learn more about the story behind the song, we asked Aaron a few questions to shed light on his work.

Aaron: I’d probably have to say “angry”! Truth be told this is probably the most emotional song I’ve ever written lyrically, it’s also the one i’m most proud of.

If I’m writing something that’s personal to me, I tend to find a metaphor and write from that perspective. It means that I can take things that usually I’d find too personal to disclose and wrap it up them up in language which stops it from being too “on the nose”. The metaphor behind this song came to me when I was working at a conference and the speaker was talking about how when a tide rises the boats that are on it rise too, but at the same time when the tide falls you can see the wrecks of those previously hidden under the surface. It was pretty poignant to me at the time!

Not massively. It was quite a bit faster when I first wrote it and the section that has the violin solo in is now twice as long as it used to be.

I don’t think it was. The music side is usually the easiest part for me to get down and the lyrics (which I usually find the difficult part) came quite quickly and easily.

Which emotions/experiences did you draw from to write this song?

Without wanting to go into too much detail, the song is based around a complete breakdown of communication between myself and another party and all the emotions that come with a situation like that. Mainly misery, bitterness and anger – it’s basically my Adele song!

As the song is basically a reaction to a situation then I suppose there is a message. If I really think about it, the message is only really meant for one person so that’s probably all I should say about it!

The aforementioned message wasn’t specifically meant to be delivered to the recipient concerned and I’m not sure it ever will, so it’s quite easy to just imagine that they are in the crowd and tap into that. Although the situation happened a long time ago I think it’d be fair to say that it changed my life so it’s pretty easy to tap back into.

With this mind, can you tell us what’s it like to play this song live?

It’s hard to put it into words really. I guess there are flashes of the emotions that I was feeling at the time of writing the song without lingering on them too long! 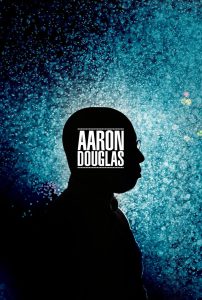 From what I remember the reaction was really good. The song ends with me singing a long note which is the kind of thing that usually gets a good reaction (assuming I’ve sung it correctly!). Despite me wrapping up the subject matter in nautical metaphors people seem to relate to it well.

Your third EP due out soon – how do you think your sound has changed from “Shipwrecks”?

The sound is a constantly evolving thing. When we recorded “Shipwrecks” I was very focused on trying to keep the recorded sound very acoustic. Now I’m much happier to add more of the sounds that have influenced me into my recordings. Probably the biggest of these would adding more rock elements. My attitude towards recording my songs now is to do whatever is needed to make the song sound as good as it can, regardless of genre.