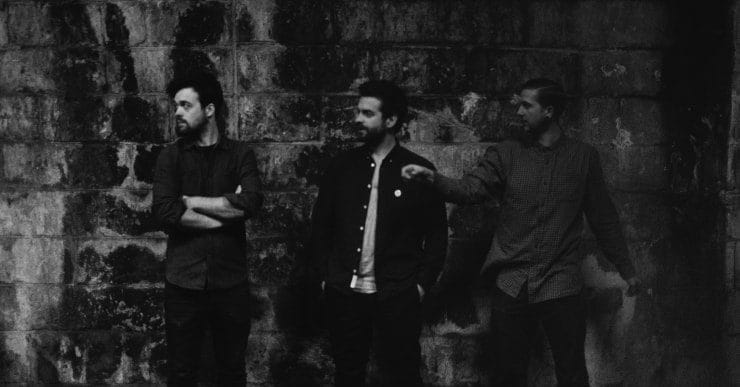 Formed in 2007, Port Erin have since released four albums and three EPs. Their latest...

Formed in 2007, Port Erin have since released four albums and three EPs. Their latest album “Ocean Grey” has already received glowing reviews from a number of critics including BBC Radio 6, Clash and Drowned In Sound. Veterans of over 700 shows performed across the UK and Europe, Port Erin have also headlined the 02 Academy in Bristol and recently played Glastonbury Festival for the fifth year in a row.

How did you guys meet and what made you form Port Erin?

We all grew up in a small village in Wiltshire where we went to primary school together. We all had instrument lessons at various points during our early and teen years that lead to us being in many different secondary school and college bands. Port Erin was formed in January 2004 with Cerys joining in 2007. We formed Port Erin because that’s what you do if you’re at school being inspired by great records like Hail To The Thief.

Is there a meaning behind the name Port Erin?

The band name derives from an old instrumental track of the same name (when we were called Cellar Door). Jacob and I have family roots in the Isle of Man (where the town Port Erin is based) but it was actually an old member who had no affiliation with the island that put the name forward when we needed to change. We also thought it would be nice to be nestled next to West Country legends Portishead in the record shops when we would “make it”.

Our style is fundamentally pop. Pop songs interspersed among instrumental, progressive, jazz flavoured extended musical workouts. We have our own “sound” that’s inspired by Talking Heads, Radiohead and the Chicago scene bands like Slint and June of 44. In your teenage years, what music did you listen to and how has it influenced your style today?

Thankfully at school we had some very well informed musos – students as well as some very cool teachers. I was introduced to bands like Radiohead, Sigur Ros, Bjork, The Coral, Nick Drake, PJ Harvey and many others around the age of 13/14. Those bands became the first base to draw inspiration from when starting out as a songwriter.

They have influenced our style in many ways. The chord arrangements of Nick Drake, the huge sound of Sigur Ros, the complexity and politically driven force of Radiohead, the artistry of Bjork – it’s all ingrained into our music. To be honest, I was very lucky to have been introduced to such great music at a young age – obviously we’ve been influenced and inspired by many artists since then but the above artists gave us our musical palette to start from and they’re not a bad bunch of acts to be influenced by at a young age.

How do you approach the writing process when you’re working on new material?

We have many different ways of arriving at the finished point of a song. Some songs are written in the traditional way – I write the chords, melody and lyrics, bass line and drum pattern the follow. Then it’s demo’d and we play with the arrangement ideas until we’re happy – then we hit the studio to record it all again for the final cut.

Though 60% of our material is written from improvised jams. After each record is released we’ll have a series of months of recording improv jams. Then we listen back, choose the best moments and re-work them into songs. It’s a lengthy process but it’s worth it! There’s a magic in improvisation and having some of that in a finished song makes us feel that we’re being true to ourselves. We’re not “trying” to sound like someone – we’re in that moment searching for something and when it lands, it’s special. It’s hard to re-capture sometimes, but when it works, it feels like we’re bringing in the sum of our parts, or the ‘fourth member’, into our overall output.

Do you have any advice for up and coming musicians?

Gig! Gig! Gig! There are many great people and groups helping out unsigned musicians (BBC Introducing, Tom Robinson’s mix tape, Spotify playlists, countless blogs and community/online radio stations) but we feel the real results and contacts come from being out there and meeting people. Most of reputation has been built from our live shows and it’s at those occasions where further contacts have been made.

Obviously every band needs good songs! That’s the fundamental thing – but once that’s rolling everything else will fall into place. Don’t worry too much about the press shot or how groovy your organic, screen-printed t-shirts and tea towels are. Get those songs out there and get meeting your future fans and potential new promoters.

Yes, definitely. They offer a sense of community. We’ve been in the “underground” scene for 10 years. It’s meant we’ve developed great friendships with other bands, musicians, producers, independent promoters and venue owners. We look after each other, gig swap, share contacts and put on shows together.

Though bands need to be careful, people in the “mainstream” can take advantage of young bands wanting to further their career. Don’t be fooled by big names or people who think they have kudos through association. It’s much better to plug yourselves into your local scene – just because someone doesn’t have a “name” doesn’t mean they’re not capable of recording a great record or putting on a show you’ll remember forever.

Where do you guys see yourself in 5 years time and how are you going to get there?

The goal is to keep writing and recording music with an intention to tour that music as far and wide as we can. This year alone we’ll have played three new countries, over 15 UK festivals and close to 100 UK shows.

We hope in 5 years time we’ll have released another two albums (that would be 6 LPs to our name) and that our fan base will be even stronger. As to whether we see ourselves signed – we’re not too fussed! We make good money owning 100% of our material currently, but the idea of working in the industry on that level does excite us, but it would have to be right for us to even think about signing away who we are and have been for this long.