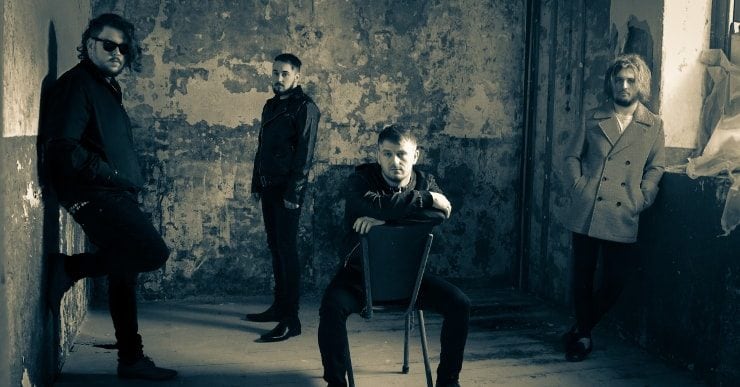 The Poet Junkies are a four-piece indie rock band from Plymouth. Most recently the band have created a series of live videos for BBC Introducing including hits from their latest album “Should’ve Been A Leader”.

The Poet Junkies are a four-piece indie rock band from Plymouth. Most recently the band have created a series of live videos for BBC Introducing including hits from their latest album “Should’ve Been A Leader”. The Poet Junkies have played MTV Crashes Plymouth as well as some of the biggest stages in the UK as a part of their headlining tour.

Is there a story behind the name The Poet Junkies?

Back when the band first started the whole band put ideas in and Brendan’s was The Poet Junkies which has stuck since.

How did each of you get to know each other before forming The Poet Junkies?

We all met through the band. Brendan is the founding member who started jamming with Thomas. Then through luck, Jon came into the band and we spent about a year looking for a bass player! Whilst looking to make our first music video we met Matt who at the time was making music videos and although he was a guitarist, he jumped in the band on bass! 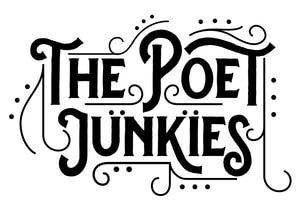 You say on your Facebook page that your influences include The Stone Roses, Kasabian, Oasis, Kings of Leon and Arctic Monkeys. How have these bands influenced you guys?

I would say they are just the most obvious we take inspiration from everywhere and we like to think it has evolved into our own sound and look.

You guys have played in a few different venues over the years, what’s your preferred venue: the big stage, or intimate gigs in smaller venues?

I think sound wise the big stages are the best and the feeling of playing to 10,000+ people is amazing. On the other side playing sold out smaller venues is great because the fans seem to go nuts!

The writing process starts in my home studio to get a rough idea for the song which will constantly change. I will then take it to the band to play live at practice where it will probably change some more once we are happy we will take it to the studio or keep it as a live track. Inspirations are probably the 90’s, Punk and my childhood, and for stage presence we all feed off the crowd!

Which current bands and artists do you guys listen to at the moment?

All the obvious stuff – Catfish and the Bottlemen, DMA’s, Sundara Karma, Vant, and The Amazons to name a few.

You’ve played some huge UK tours including MTV Crashes, can you tell us how that came about?

A lot of the shows we have been asked to play which is great. We booked the tour through a tour manager basically to get out further than we have before it was great going to places like Sheffield and having fans coming to see us!

What was the highlight of the tour?

Travelling 300 miles and having people ask for our autograph, meeting new people and spending a load of time in a van together and not wanting to kill each other.

Have you taken any tips from famous artists when it comes to songwriting and performing?

The 90’s was something we grew up through and Brendan the songwriter grew up listening to Oasis and The Stone Roses so I think that has been a big part of what we are today.

It’s a hard one, a lot of the venues have closed with plans on shutting more but I think that’s the same with a lot of places but we already had plans on doing a lot of gigs out of our city. If you play one place too much you won’t gain new fans!

I would say from our experience it would be London. There’s so much going on and a lot of the people who have got involved with us have been from there.

It’s still not easy at all even with the internet, as it has inspired even more bands – which does in a sense make it harder as the opportunities for bands get noticed.

The main difference is probably crowd interaction actually getting off stage and meeting people which wouldn’t happen in the mainstream. But every big band has probably been on the underground at some point we have been around to see some bands we have played with blow up into big successes.

Leeds, Reading or Glastonbury would be insane.