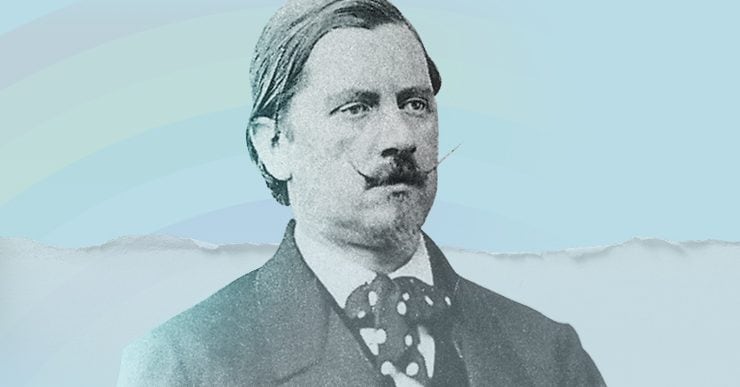 This weekend, more than 100,000 people will take part in Pride events in Manchester and Cardiff – 50 years after the Stonewall Riots in New York, which kickstarted the gay rights movement and helped instigate a radical change in public opinion.

This weekend, more than 100,000 people will take part in Pride events in Manchester and Cardiff – 50 years after the Stonewall Riots in New York, which kickstarted the gay rights movement and helped instigate a radical change in public opinion.

What better time to celebrate the men and women who fought for equality, protection and legal recognition. LGBT pioneers like Alan Turing, Harvey Milk and Lili Elbe (better known as ‘the Danish Girl’) have gained recent recognition because of films that depicted their life. But there are dozens of pioneers who are less well-known, whose contributions to gay rights were just as significant.

As a leading vaping brand, we wanted to pay tribute to these unsung trailblazers and retell their incredible stories. Here are a handful of pride pioneers you might not have heard of.

Known as T-R to his friends, Patrick Trevor-Roper was an eye surgeon by trade whose fascinating life story had a profound impact on gay rights in Britain. In 1955, he testified before the Wolfenden Committee, which would eventually publish a report saying that the British government should decriminalise homosexuality. Trevor-Roper’s testimony helped break down the misperception that gay people were a danger to society and young people.

In 1982, he co-founded the Terrence Higgins Trust – a major HIV and sexual health charity named after one of the UK’s first victims of AIDS. In its early days, the charity was run from Trevor-Roper’s home in London.

As a surgeon, he was instrumental in disbanding the monopoly on eyecare, which allowed for reading glasses to be sold in the UK over the counter. He founded the Moorfields Eye Bank and played a role in the opening of eye hospitals in Ethiopia, Nigeria and Sierra Leone.

Leonard Matlovich was a veteran of the US Air Force, born to a military family on an Air Force Base in Georgia during the Second World War. He saw action during 12 years in the service, receiving a Bronze Star and Purple Heart for his service in the Vietnam War.

In March 1975, Matlovich wrote a letter to his commanding officer acknowledging that he was gay. He was hauled in front of a disciplinary panel and expelled from the Air Force. Matlovich sued and won, winning more than $60,000 in backdated pay and $98,000 in compensation. It was a landmark case, but he referred to the ruling as only a “half victory”. The US military prevented gay and lesbian personnel from serving openly until 2010, when the so-called Don’t Ask Don’t Tell policy was repealed.

That was more than 20 years after Matlovich’s death in 1988. He was 44 years old, and had contracted AIDS. Four years earlier, Matlovich bought a plot in Washington’s Congressional Cemetery and designed his own headstone, with his own epitaph, under which he rests today. It reads: “When I was in the military, they gave me a medal for killing two men and a discharge for loving one.”

In 1975, Maureen Colquhoun was the newly elected MP for Northampton North and a married mother of two children. She then left her husband for a woman and publicly came out as a lesbian, becoming the first openly gay MP in the House of Commons.

She asked the Speaker of the House, George Thomas, to refer to her as ‘Ms’ instead of ‘Miss’ – something he agreed to do – and faced a serious backlash against her decision to come out. She was deselected by her constituency Labour party, which claimed that “this business of being gay has blackened her image irredeemably”. The decision was overturned by the party’s National Executive Committee but Colquhoun eventually lost her seat at the 1979 General Election.

She stayed in London and continued to be involved in local politics, moving to the Lake District in the late-1990s. She turned 91 years old this month.

Born in Vienna in 1824, Karl-Maria Kertbeny was a Hungarian writer and journalist. Although he didn’t see active service or live to see homosexuality decriminalised in his country, Kertbeny’s contribution to the gay rights movement still has a subtle impact on our everyday lives.

Kertbeny invented the words ‘homosexual’ and ‘heterosexual’ – from the Greek for ‘same’ and ‘other’ – at a time when the commonly used terms were negative and derogatory. He also advocated for the so-called ‘medical model’, which says that gay people are born gay, when conventional wisdom at the time was to believe that homosexuality was a disease or perversion.

In his 40s he moved to Berlin and became friends with prominent figures of 19th-century Europe including the Brothers Grimm, Hans Christian Andersen and Karl Heinrich Ulrichs – a German civil servant fired in 1857 for being gay. Ulrichs is recognised as the first person anywhere in the world to publicly come out and, like Kertbeny, attempted to break down the stigma around homosexuality by referencing Greek mythology. His term for being gay – ‘uranian’, from the name of the Greek goddess Aphrodite Urania – did not catch on quite like Kertbeny’s.

Kertbeny died in Budapest in 1882, nearly 80 years before homosexuality was legalised in Hungary.

Burke was a Major League Baseball player for the LA Dodgers and Oakland Athletics, the first person in the history of MLB to come out as gay. He spent four seasons at the top of the sport in the late-1970s, eventually being ostracised because of his sexuality and retiring in 1980 after suffering a knee injury.

Being Major League Baseball’s first openly gay player is not the limit of Burke’s legacy. In 1977, after teammate Dusty Baker had just hit his 30th home run of the regular season, Burke ran onto the field and ran towards Baker with his arm raised in celebration. Baker instinctively slapped Burke’s outstretched hand, effectively inventing the ‘high five’.

After he retired, Burke used the high five with other residents of San Francisco’s gay district, The Castro, where it became a symbol of gay pride and identity. It later passed into popular culture, used by everybody from sports stars to world leaders. But it all began with Glenn Burke.