Xtalk: the meaning behind the melody

Perfectly produced with entrancing vocals, “Wasted” has proved to be one of XTALK’s biggest hits to date with the track being played on both BBC Introducing in Manchester and BBC Radio 1.

Perfectly produced with entrancing vocals, “Wasted” has proved to be one of XTALK’s biggest hits to date with the track being played on both BBC Introducing in Manchester and BBC Radio 1. We asked Sarah how the song came together and what the meaning behind the song really is.

XTALK: “Wasted” has a double meaning, where this guy likes this girl but only really calls her when he’s wasted. It’s also about the girl who feels like all of her good love has gone to waste. She has good intentions and gives her energy to somebody who doesn’t appreciate or want it.

I wrote the chorus first, over an instrumental that Feri sent me. I felt like the vibe needed to change, so I took it to the piano and sent the completed song across to Feri. He slowed the tempo so that we could add in a double time drum and bass drop at the end. Sounds crazy but it’s sick. The whole song is a build to that moment.

We work very quickly so a couple of weeks after I first wrote it, Feri had already finalised production. But yes, it has evolved a lot from just piano.

No, in fact it was a very natural progression – it didn’t take long to complete. We are definitely on the same musical wavelength because most of our songs just fall into place.

The song explores feelings of vulnerability and questions of honesty. She is surrendering to the fact that the love is gone and will she ever be able to find it again. It’s hard to see yourself loving again after the love you spent so much time nurturing has been ignored. I have experienced a lot of difficult emotions, and at times I have struggled with them, but with songwriting I got used to exposing these darker parts of me.

|Would you say that “Wasted” is written from a personal perspective or is it telling the story of someone else?

It’s not the case for all of my songs, but “Wasted” is definitely very personal. If I feel a connection with someone, I dive deep and completely surrender to my emotions. It’s a dangerous game and I have been so hurt, but I wouldn’t change it for anything.

Is there any particular meaning behind this song?

Absolutely, I hope that everything I write has meaning to somebody. Too many people are ashamed of weakness, myself included until recently. I have realised that there is a lot of beauty and opportunity for happiness in vulnerability and that there is no shame in feeling too much and putting your heart on the line. It’s okay to hurt, there is beauty in sadness. 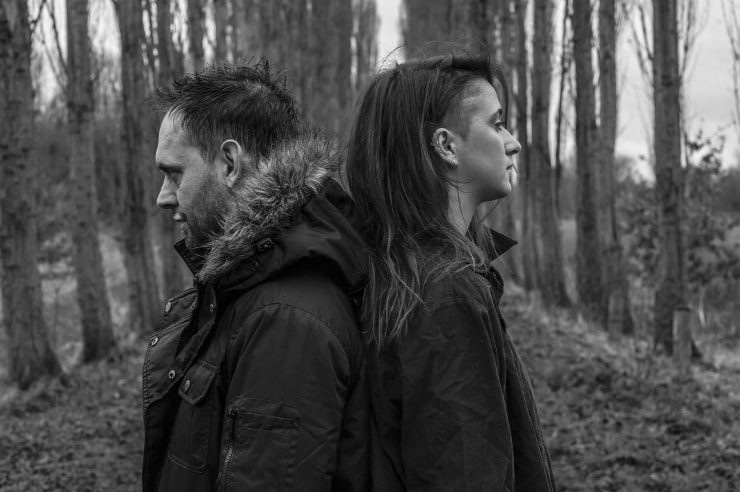 I can access my emotions pretty easily, especially on stage, so the performance of this song is always very genuine. The more I sing it, the more comfortable I am and I can actually let myself go a little further in the performance.

With this mind, can you tell us what’s it like to play this song live?_

It’s so much fun. I am at a stage now where this song is imprinted across my memory forever and I know it inside out. People love the drop and nobody expects it. I see my friends singing along and that makes me very happy.

We played “Wasted” live at Joshua Brooks in Manchester at our first ever gig and this was before we knew it would be our first single. It was scary but people loved it.