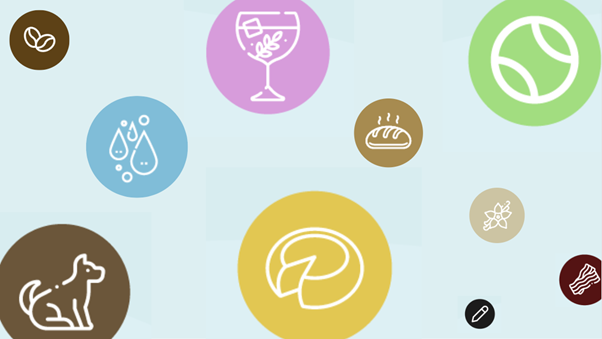 From bacon to petrol: The UK’s favourite smells, revealed

One of the strongest senses is smell. Whether it’s the richness of a roast dinner or the salty scent of the seaside that makes you tick, we’ve all got our favourites.

Scent is among the quickest ways to bring lifelong memories to the fore, and change our emotions.

No two noses are the same. However, there are plenty that most of us can’t stand, and we all have a few quirky aromas that lie close to our hearts. But, what are the UK’s most cherished scents?

We’re an inquisitive bunch here at blu, so we decided to find out. To do this, we posed survey questions to 1,500 members of the British public aged 25+, to discover which smells are a treat for the nose and which ones we could live without. We also cast an eye over the influence of scent on so many facets of everyday life. Here is what we found…

The best scents in the world, according to Brits

What are the most popular scents?

If the results of our survey are anything to go by, we really are a nation of foodies. The top four favourite scents all stem from food and drink, with the Sunday morning saviour of sizzling bacon taking the crown for 50% of responders. The sweet treat of a cake baking in the oven also takes its place in the top 10, with 34%. 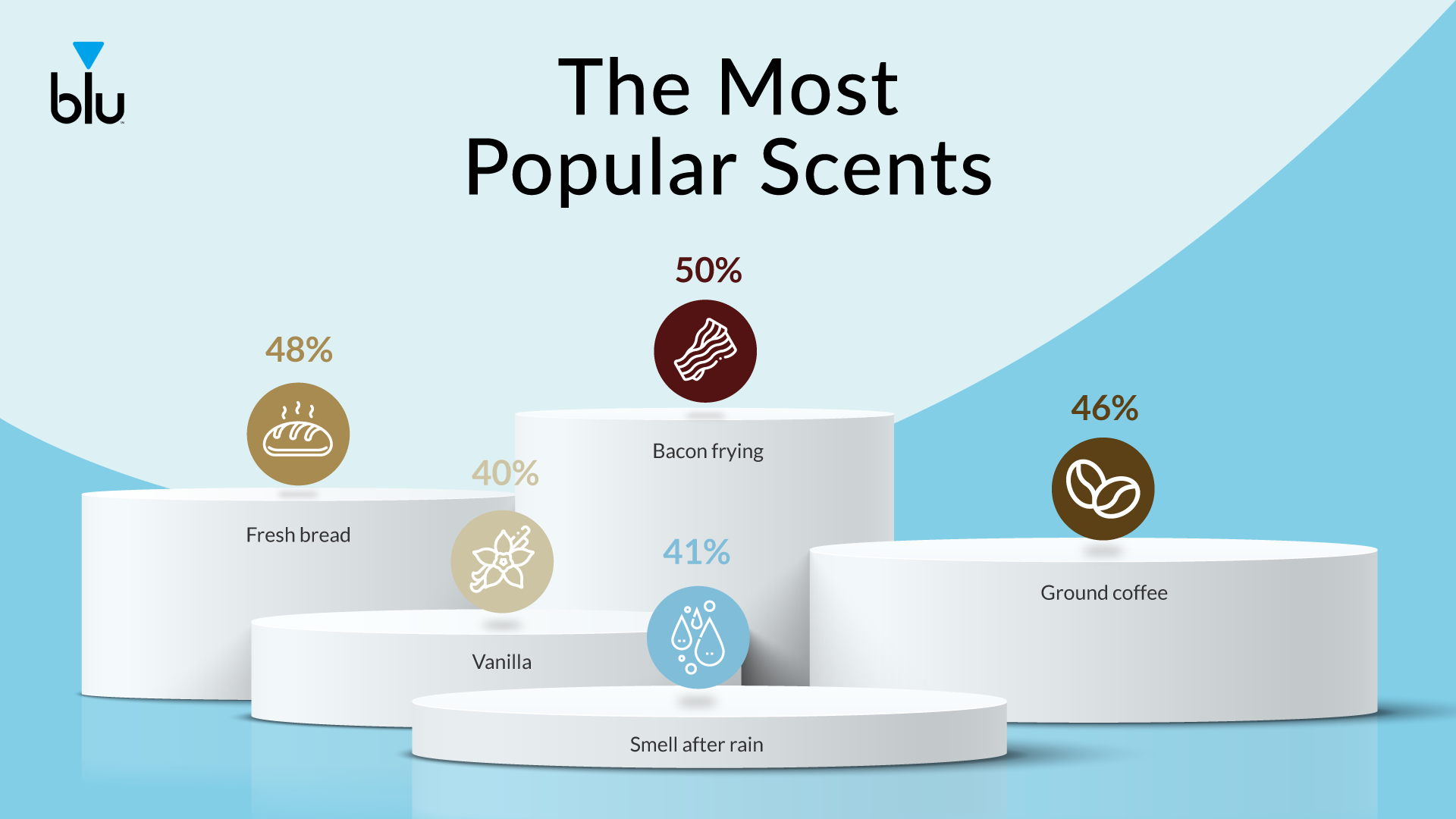 It’s perhaps unsurprising how much we love cooking fragrances given the symbiotic relationship between taste buds and smell. Without getting too technical, it’s all about the role the airways play in the sensation of flavour. As such, it’s no wonder that pleasant food smells strike a major chord.

Away from fragrances that have us licking our lips, the top 4 is rounded off by that post-rain smell (41%). Indeed, Mother Nature is shown plenty of love, with the smell of roses (41%), freshly cut grass (37%) and the sea (36%) following closely. Finally, the ever-polarising smell of petrol (32%) makes its way into the top 12. 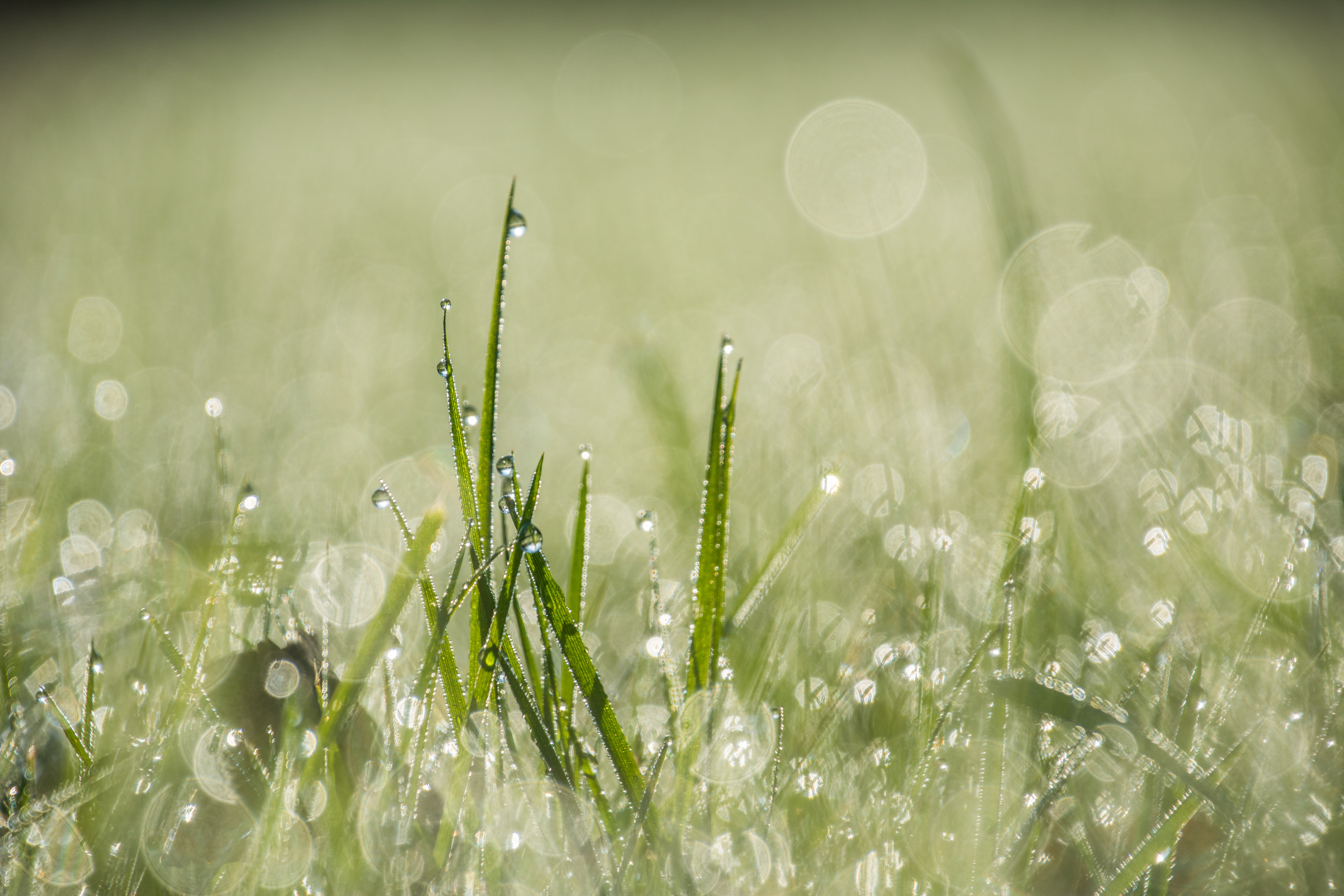 What are the least popular scents?

Food scents can turn our stomachs, as well as making them rumble. Unsurprisingly, rotten eggs rank as the most hated smell for a whopping 71% of Brits. This unpleasant smell is universally disliked across the board, earning the honour of being the least popular for both males and females in the UK.

From sweaty socks to public toilets, our study identified a number of pungent odours that have Britons turning their noses up in disgust.

The UK’s five least popular scents can be found below:

The weird and wonderful smells we love

Wouldn’t life be boring if we all liked the same things? As well as the more frequently mentioned scents, there’s a few eyebrow-raising entries in our survey. From Sharpie pens (16% of those surveyed said this was their favourite fragrance) and Stilton cheese (11%) to the smell of wet dogs (4%) and deep heat (7%), the results illuminate plenty of wacky favourites. 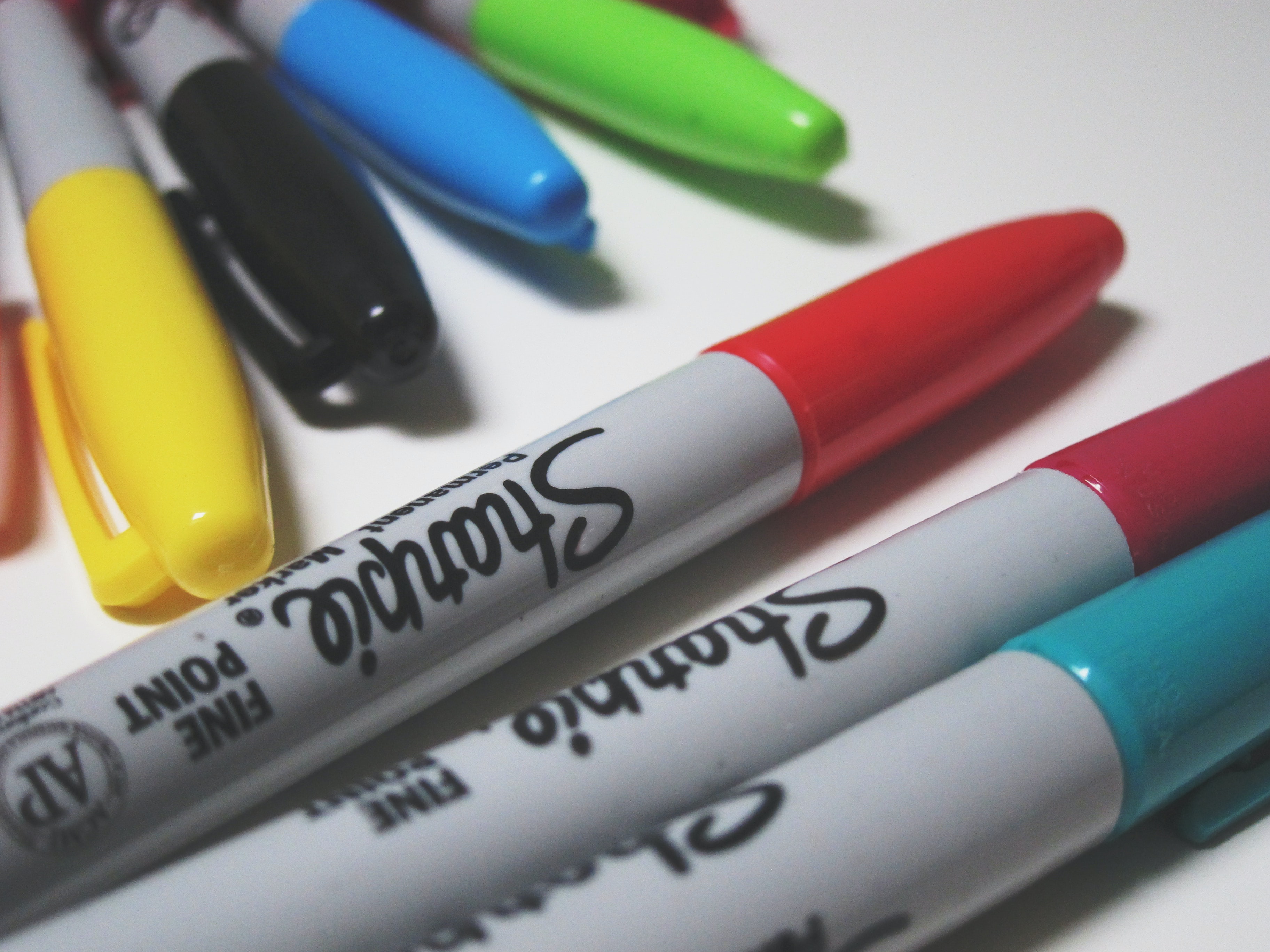 Often, we associate smell with experiences. For example, the smell of chlorine, while harsh and clinical to some, means fun times at a swimming pool to others, as our results show – 17% listed this as their favourite smell. Sometimes, though, we like weirder smells simply because of our unique tastes. 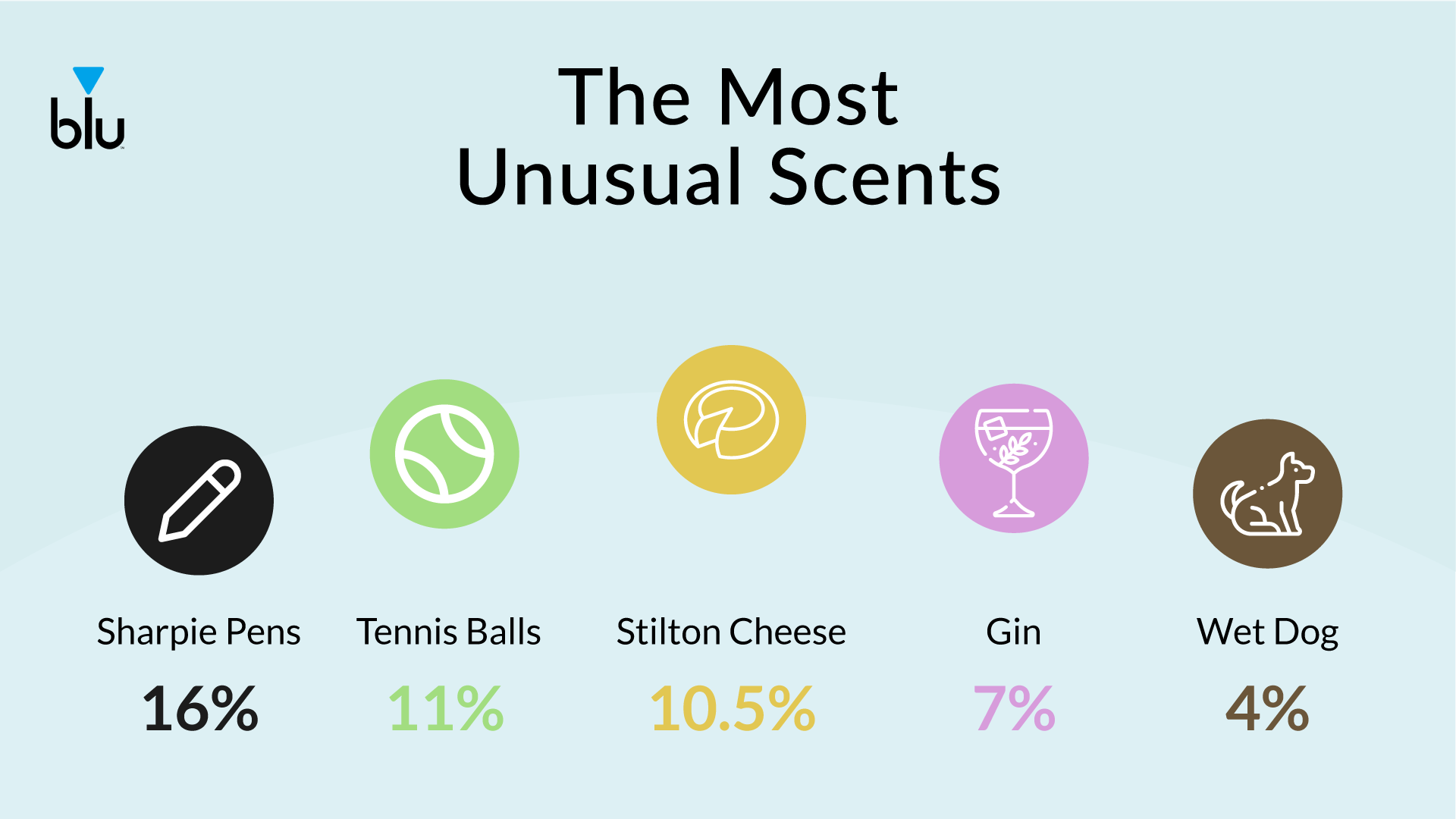 Can scents make or break a date?

You’ve got your hair on point, your sharpest outfit at the ready, all that’s left is to finish it off with a sweet scent... but is this as important as you may think? If you’re fretting over which expensive perfume is going to win your dates’ heart, you may be wasting your time.

When asked if they would rather date someone who smelt of an expensive perfume or a freshly washed t-shirt, both males and females heavily favoured the latter, to the tune of 66% and 75% respectively.

Despite this, the success of your date could hinge on any scent you do choose to wear. Our study found 44% of respondents would be put off seeing someone again, even if they really liked them, should they turn up with a scent they couldn’t stand. Some food for thought when dolling yourself up for your next date! 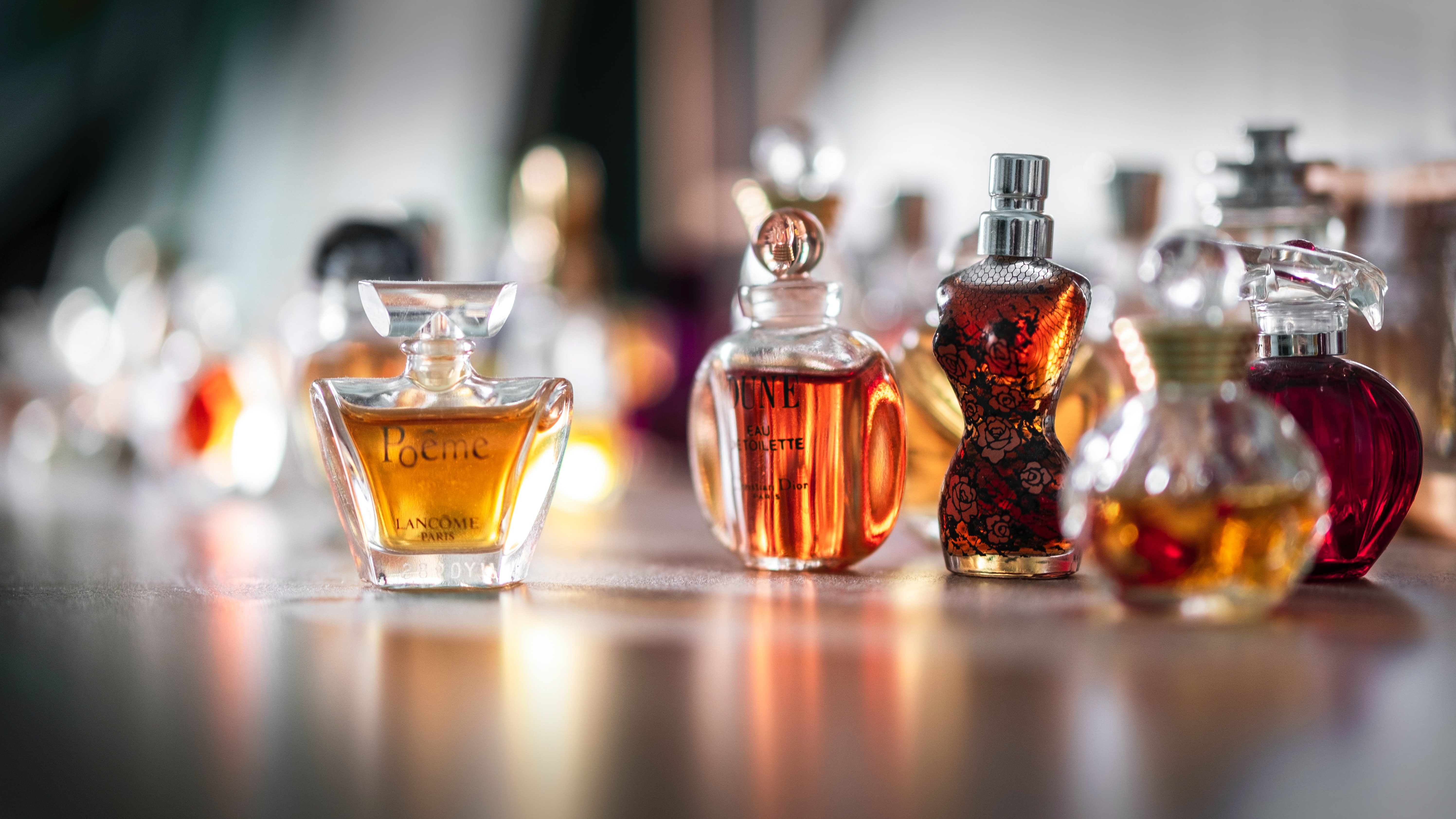 Relationships are all about compromise. This is especially the case when you’re living together. No matter how long you’ve been a couple, there’s bound to be some subtle eccentricities that you don’t share.

When it comes to favourite scents, however, our study found we’re just as likely to sing from the same hymn sheet as our partners as we are to hate their favourite scent. Or, perhaps, we learn to live with the little things that make our other halves tick?

Age demographics certainly back this up. 73% of respondents in the 60+ category said there’s no scent they love that their partner can’t stand, and 55% of those aged between 45-59 agree.

As we move toward the other end of the scale, this flips on its head, with 57% of the 30-44 group responding that their partners are averse to their most loved smells, perhaps suggesting that the fresher the relationship, the less accustomed we are with predilections such as favourite scents.

Does smell have an impact on mood?

We all have our own ways of unwinding. For some, a walk in the park or a glass of red can brighten their mood. Others light candles or relax around their favourite flowers. Scent can play a big part in changing how we feel. 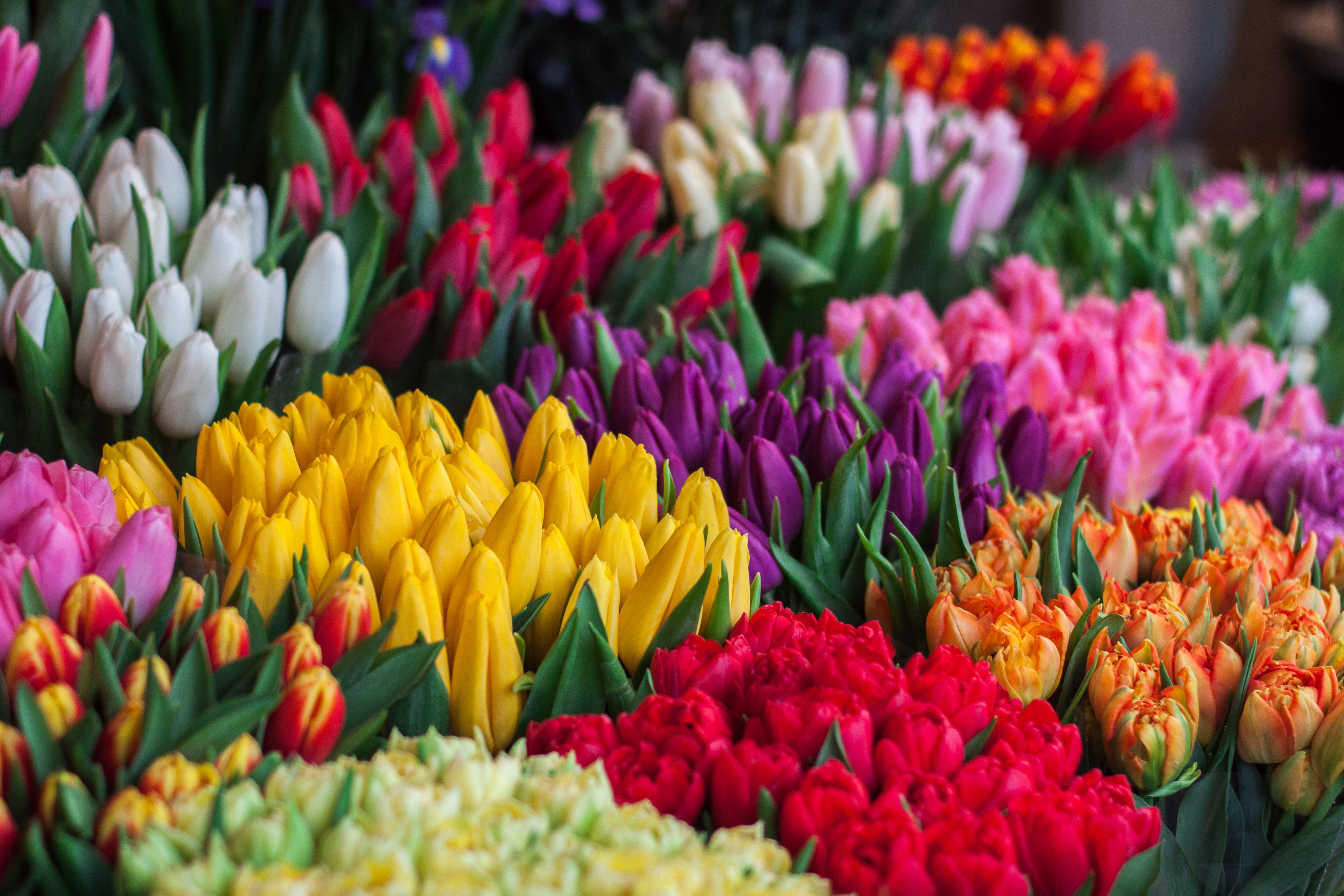 Our study found 66% of Britons like to surround themselves with relaxing fragrances to help them kick back and or transport themselves to happy memories. This goes a long way to explaining why lavender, renowned for its calming effects, was found to be the UK’s 11th most popular fragrance.

Scent is also potent enough to spark visceral emotional responses. It can make you smile and cry in equal measure. Whether inducing thought of a lost loved one, or bittersweet memories of a former partner, scent was found to have the power to make 73% of Brits feel sad or upset.

Do fragrances bring back memories?

We’ve all been there. You’re walking along, minding your own business, then suddenly you catch a whiff of something that whisks you down memory lane. It could be anything from blown out candles on a birthday cake, to the smell of your mother’s cooking. The link between scents and waves of nostalgia isn’t to be sniffed at, if you’ll excuse the pun!

76% of respondents agreed, stating that they use fragrances to transport them back to the happiest times in their lives, such as childhood holidays or their wedding day. This response comes with some scientific backing, as the physical act of smelling something sends signals to the part of the brain that regulates emotion and memory.

What are the most popular seasonal scents? 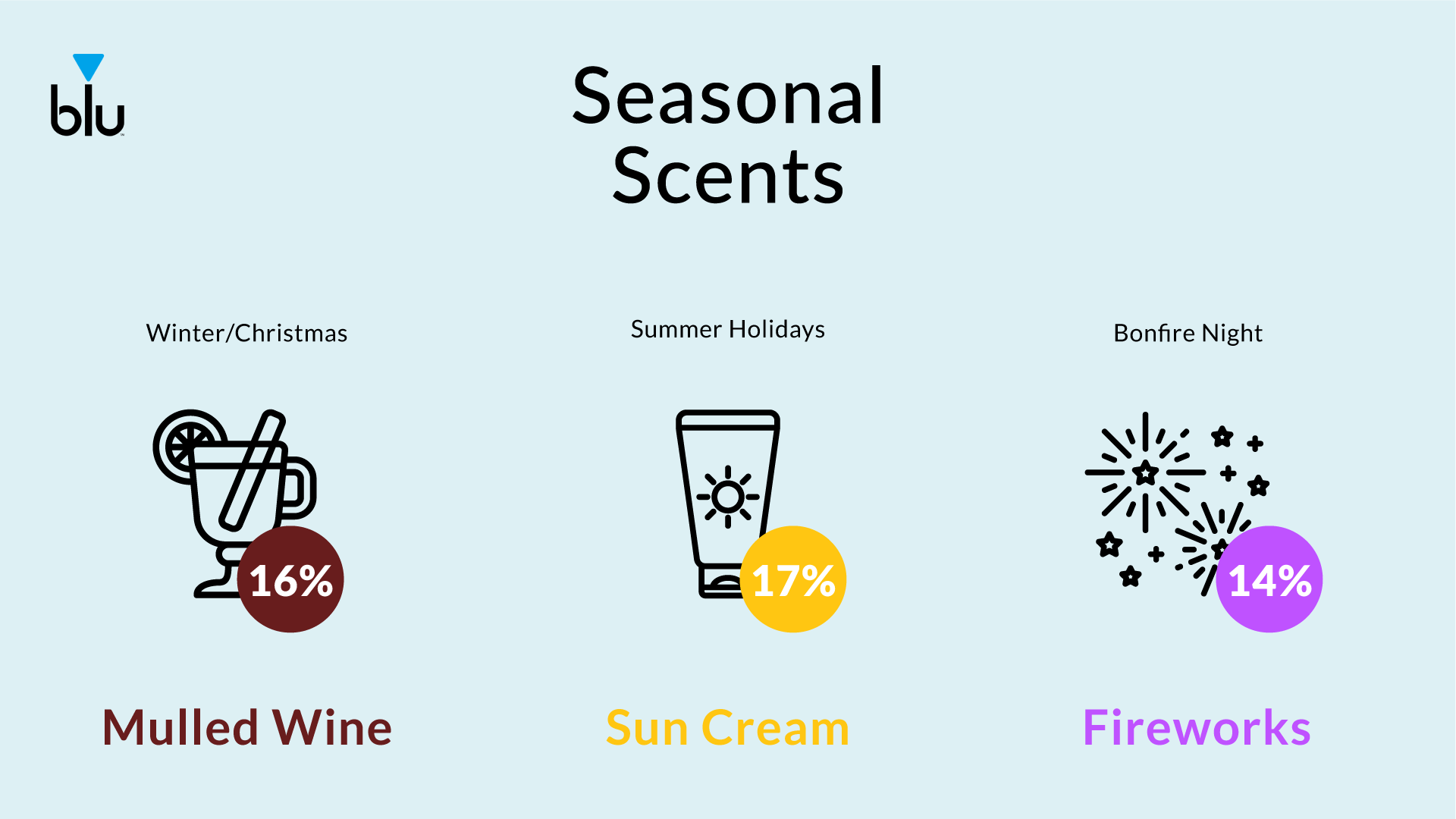 As well as triggering cherished memories, scents can remind us of our favourite times of the year. There are certain smells that go hand-in-hand with seasons and events, taking us there in an instant, when they hit our senses.

Christmas is a treasured time for so many of us. It’s a season of togetherness, celebration and, for some families, represents the one time of year everyone flocks back to the nest. It’s no surprise, then, that two of the most popular seasonal smells were found to be pine needles and mulled wine, gaining 20% and 16% of the votes respectively. 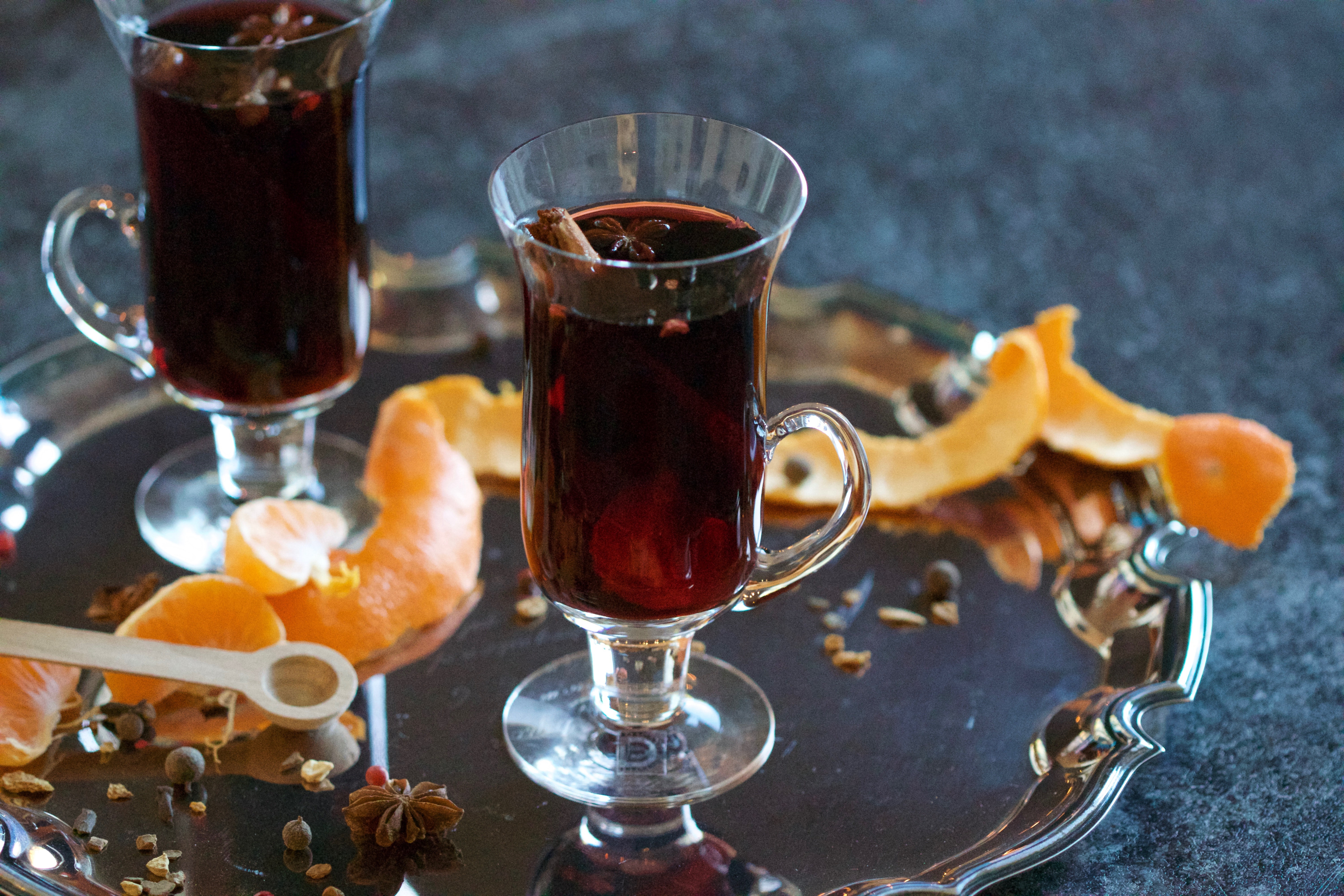 Similarly, for 18% of Brits, bonfires were the top fragrance that made them remember good times. The smell of sun cream is very much the smell of summer; topping the table for 17% of respondents, it’s sure to transport them to the sandy beaches and happy summer holidays they’ve enjoyed in the past.

Find your flavour with blu

Did your number one pick make an appearance in this round-up? And, would you enjoy a vanilla e-liquid, coffee liquidpod, or any other vape inspired by these popular scents? We’d love to hear your thoughts! Let us know on Twitter and Facebook.