Vaping at a BBQ – What is the etiquette?

Nothing says summer quite like a barbeque. There’s something magical about gathering with friends and family, enjoying good food and conversation; it’s what makes warm weather days so special.

For those who vape, however, navigating the etiquette of vaping at a barbeque can be tricky.

While vaping is increasingly accepted in social settings, vaping near food can be a bit of an etiquette minefield. On the one hand, some attendees may be put off by the smell of e-liquid, while others may have no issue with it. It’s difficult to gauge how receptive different individuals will be. With this in mind, what’s the best way to approach vaping at a barbeque? Read on for our tips on how to make sure vaping doesn’t cause any awkward moments at your next BBQ.

Etiquette tips for vaping at a BBQ

When attending a barbeque, or any social gathering this summer, it’s important to be mindful of the etiquette surrounding vaping. While it’s generally considered acceptable to vape in outdoor spaces, showing consideration to your fellow attendees ensures everyone has an enjoyable experience.

By being mindful of etiquette, and following these simple guidelines, you can enjoy vaping at a BBQ without inconveniencing those around you.

1. Be aware of your surroundings

When vaping in outdoor settings such as a BBQ, it’s important to be aware of your surroundings. You don’t want to be vaping in a spot that gets in the way of others. A little communication can also go a long way. If you’re unsure where to vape without getting in the way, ask the host or other guests for guidance.

2. Don’t vape near the grill

At a BBQ, it’s not just about eating the food. The sights and smells of the grill are as much a part of the experience. Vaping and food preparation don’t necessarily go hand in hand, as the scents can overpower the smells associated with cooking over an open flame.

In some instances, vaping can also interfere with the grill’s heat control. When you vape, you release a cloud of vapour that can quickly rise and dissipate into the air. If you’re vaping near the grill, you run the risk of the vapour getting caught in the updraft, causing a flare-up which can overly char the food. Vape well away from the flame to ensure grilling goes without a hitch.

If the BBQ has a gazebo or designated enclosed zone for socialising, treat it as you would an indoor space. Avoid vaping in crowded areas in general to ensure you’re not stepping on anyone’s toes. While the ventilation offered by a gazebo should lessen the impact, taking the precaution of not vaping ensures everyone enjoys the space safely and healthily. 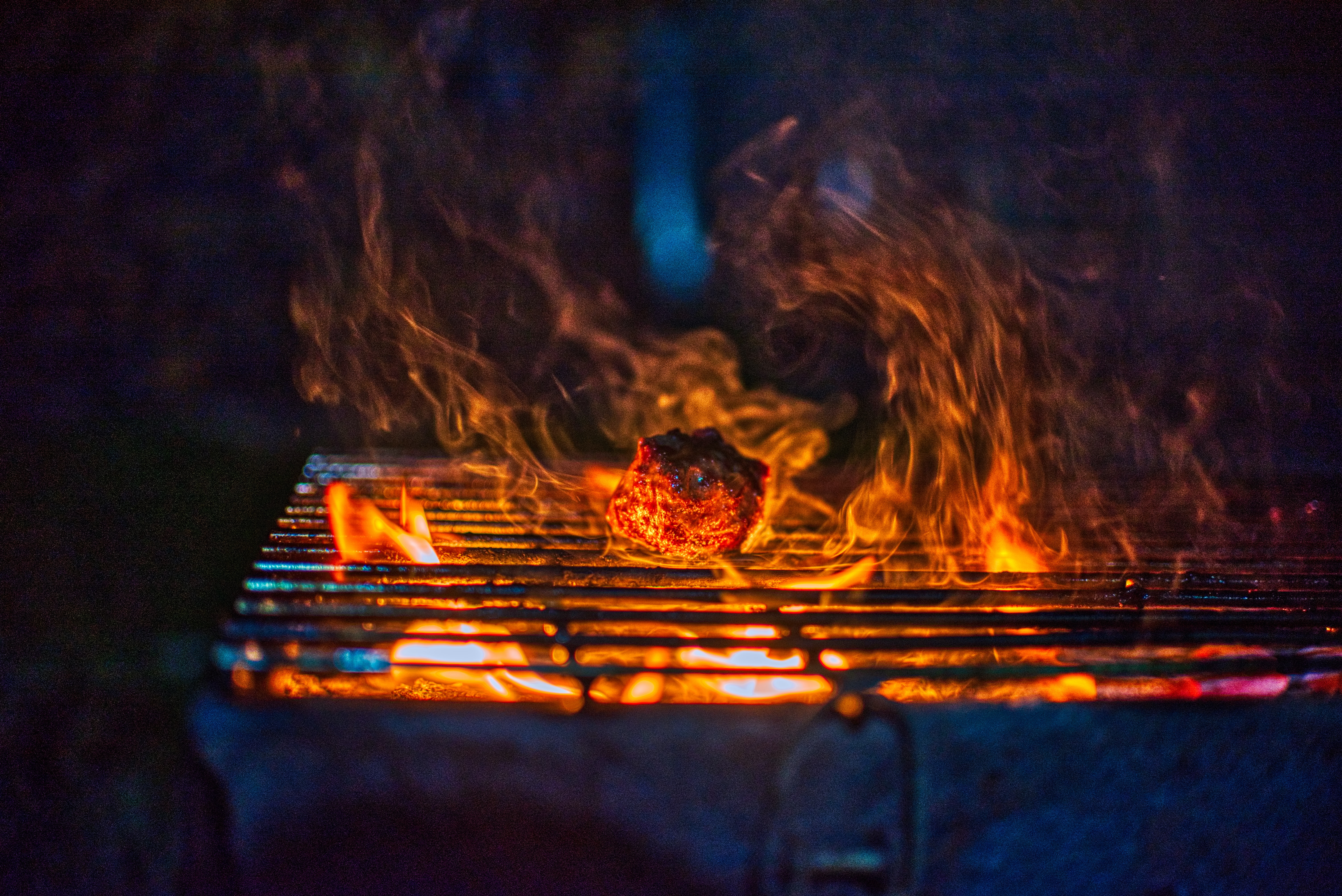 4. Respect the personal space of others

Vapour clouds are part and parcel of vaping. Engulfing others in these clouds is a big ‘don’t’ when it comes to public vaping. Similarly, blowing your vapour into other people’s faces should be avoided at all costs. Be aware of wind direction to ensure you don’t accidentally blow the vapour towards others and always steer clear of intruding on public space while vaping outdoors.

Most e-liquids come with noticeable flavours and scents, the likes of which may prove irritating to some people. Appreciate this factor and avoid overloading their senses by stepping away to vape. Likewise, some people are sensitive to certain smells, so it’s good etiquette to choose flavours which won’t be too overwhelming where possible.

5. Ask ahead of time

Drawing awkward looks when you use your device is the last thing you want, so make sure there’s no surprises. Politely asking ahead of time whether vaping is allowed at the gathering cuts through any awkwardness and shows respect to both the host and your fellow attendees.

By asking ahead of the event, you’ll have context if there is any pushback to your vaping. People may have allergies or other legitimate concerns. If the host gives the thumbs up, you’ll be able to fully unwind and enjoy yourself, safe in the knowledge that you’re attending a vape-friendly event.

For many, the enjoyment and excitement of vaping comes from cloud chasing. But not everyone will appreciate your vapour clouds. Know your audience and surroundings and keep clouds to a minimum around large crowds.

Of course, there’s no need to dramatically change your vaping habits. It’s all about enjoying yourself in a way which doesn’t impact other revellers at the BBQ. If you prefer to generate large vapour clouds, head off to a private outdoor area or ask the host for a suitable spot away from the crowd to vape. 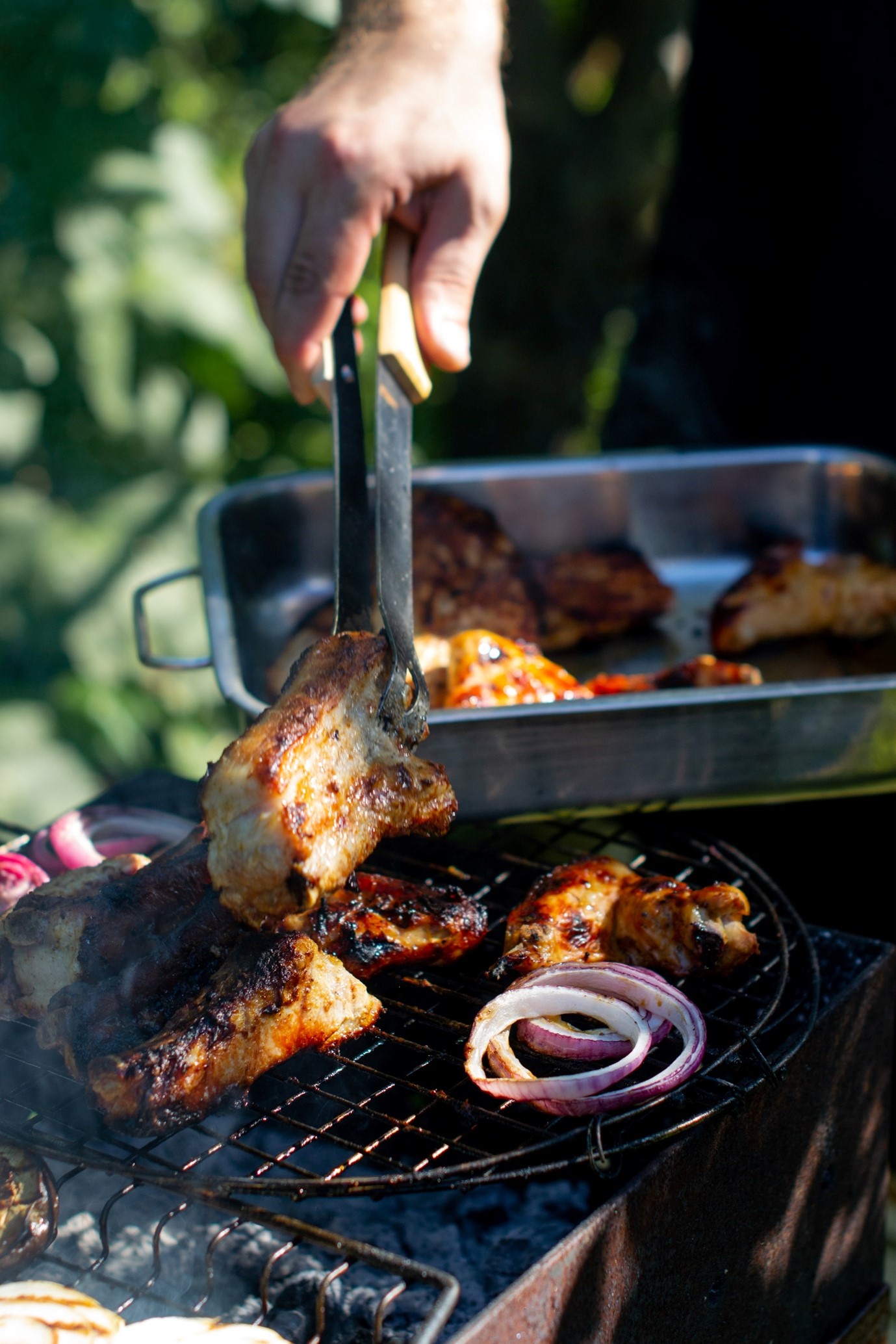 Read more – What is Cloud Chasing?

It’s common for kids at BBQ’s to be running around and enjoying the summer sun. Appreciate that, even when taking yourself away from the crowd to vape, little ones may still encounter the vapour. Vaping around children is best avoided.

Where children are present, exercising extra caution is the way to go. Much like with children, it’s also good etiquette to avoid vaping around pets.

8. Don’t leave your device in the sun

While you may love to sunbathe, your device does not. Leaving it on a seat or table for a significant amount of time exposed to the elements can cause it to overheat. When vaping, ensuring the device is stored safely is your responsibility. The only smoke should be coming from the grill, so lower the likelihood of the device overheating by limiting its exposure to the summer sun.

Vaping tips and advice from blu

When tackling the issue of vaping etiquette at a BBQ, it’s really all about common sense and courtesy. Make sure you’re always showing consideration and respect for others. It’s always polite to ask the host if it’s ok to vape and, if they say no, to leave your device at home. If you get the green light, avoid obnoxious habits such as blowing vapour in people’s faces. Check all these boxes and you’ll be free to vape at barbeques this summer.