What's the difference between e-cigs, vape pens and box mods?

What’s the difference between an e-cig and vape pen? What’s a box mod? We’ve debunked some popular phrases to give you the lowdown on different types of device.

E-cig, vape pen, vaporiser, box mod. There’s so many different terms to refer to vape devices and if you’ve never encountered them before, it can sometimes feel like the world of vaping is full of meaningless jargon. What exactly is a box mod? And what’s the difference between open system and closed system devices anyway?

We’ve put together explanations of some of the most commonly used terms, including what the difference between each type of device is and how they work. Plus, if you are starting out with vaping for the first time, find out how to choose which device will suit you best.

What is an e-cigarette? 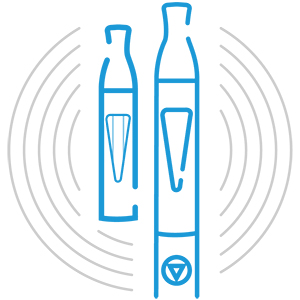 In short, there is no official difference between an e-cigarette and vape pen. Both terms are used interchangeably and what each term means to one person might mean something completely different to another. In general, the terms ‘vaporiser’, ‘e-cigarette’ and ‘electronic cigarette’ cover any rechargeable device that turns flavoured e-liquid into a vapour.

They may be designed to look similar to a conventional cigarette – referred to as a ‘cigalike’ – or they may look completely different. Whatever term you use to refer to your vape device, it’s generally considered that there are two distinct types – open system and closed system.

Open-system devices come with a refillable tank or compartment that you can manually refill with any compatible e-liquid. Closed-system devices on the other hand usually feature some sort of liquidpod or cartridge, where the e-liquid is encased in a sealed container, which then clicks directly into the device.

What is a vape pen? 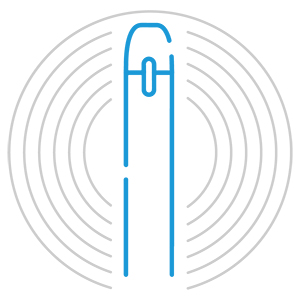 Sometimes the term ‘vape pen’ is used to mean the same thing as an e-cigarette – any vape device regardless of whether it’s open or closed system. However, sometimes the phrase ‘vape pen’ refers specifically to a type of e-cigarette defined by its compact size, simplicity of use and usually closed-system flavours.

For example, our myblu device would fall under this use of the term ‘vape pen’, offering an ideal first device for people who are vaping for the first time. The mybluTM Vape Pen features 1-click liquidpods to make it easier to swap flavours in and out. With a battery that recharges in 20 minutes and holds enough power to last for a full day’s vaping, mybluTM is also extremely practical – it fits neatly into a bag or jacket pocket, meaning you can take it pretty much everywhere.

There are plenty of different types of vape pen on the market. However, most of them are only compatible with one type of liquidpod, so make sure you buy the right one when the time comes.

What is a box mod? 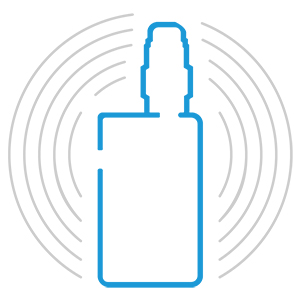 Box mods, or vape mods, are a more advanced type of vape device used by more experienced vapers. If you’re not sure whether or not a device counts as a box mod, you can usually tell by looking at the size. Box mods have much larger battery components, which are usually wider than the mouthpiece and make them significantly larger than cigalikes or entry-level vape pens.

With this increased size often comes more powerful performance. People turn to box mods for different reasons; however, in general, the amount of customisation possible on a box mod means that experienced vapers are better able to control factors such as the temperature at which the e-liquid is heated, the wattage and sub-ohm properties of the device, and more broadly the look and feel of the unit.

Before you rush out thinking that sounds like the device for you, box mods are more complex vaporisers and are better suited to people who have already been vaping for a little while and understand how it works. If you’re new to vaping, we recommend you try a vape pen or e-cigarette first (whether it’s open system or closed system is your choice).

Explore our range of devices in more detail