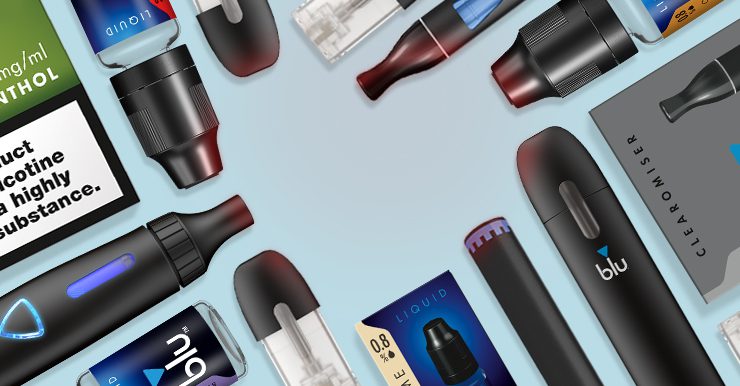 Should you vape on a first date?

Channel 4’s hit dating programme, First Dates, returns to our screens this evening with more single hopefuls looking for love. Dating can be a daunting experience at the best of times. For vapers, there’s a heap of extra etiquette, social hurdles and dos-and-don’ts when you meet someone for the first time.

When you don’t know the other person that well, it can be hard to know when to broach the subject of vaping. Should you excuse yourself? Should you tell them you’re a vaper? Should you just hold off until the date’s over?

Is it acceptable to vape or smoke on a first date? 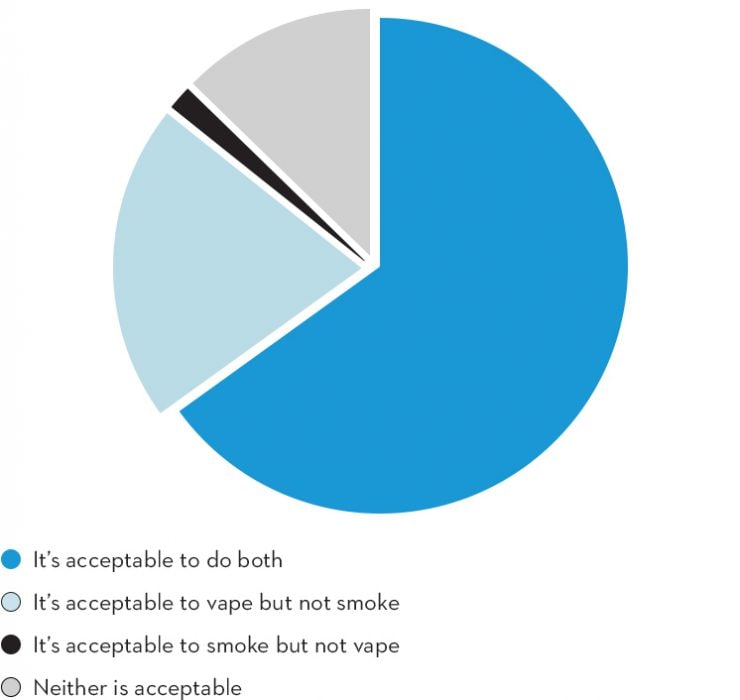 Of course, attitudes change from person to person. Non-vapers might have answered differently compared with the vapers we surveyed. Online forums abound with descriptions like “major turn off” and “deal breaker” when non-vapers are asked if they would date someone who vapes. It really does depend on the individual.

But research from portable oxygen company Inogen suggests that singletons are much more inclined to date a vaper than a cigarette smoker. According to Inogen’s study of more than 1,000 single adults, 79% of female non-smokers and 66% of male non-smokers would not date someone who smokes – compared to just 67% and 51% respectively who wouldn’t date a vaper.

Among the vapers that Inogen surveyed, just 9% of women and 3% of men wouldn’t date a fellow vaper.

Should I vape on a date?

We asked a handful of you whether you thought it was socially acceptable to vape on a first date, and whether you’d had any bad experiences.

“It’s one of those things where you have to gauge their personality at the beginning of the date,” says Sally, who’s originally from Canada but now lives in Bristol. “If you get a good vibe, then maybe after the second drink I’ll bring out my vape pen and explain.”

Naomi from Devon adds: “It’s actually quite awkward to ask, because there is that slight shame of going outside to smoke or vape. This is something that me and my best mate talk about quite a bit. She often won’t vape and will struggle through a first date. For me, the moment just comes when you’ve had a few drinks and you just have to go for a vape.”

Alex from Birmingham, who neither smokes nor vapes, thinks most dates would probably understand so long as you’re upfront about it. “It’d be a bit weird if someone pulled out their vape and just started using it at the table. But if they explained everything and they just wanted a couple of minutes outside, I think I’d be okay with that. Some people would probably have an issue with it but everyone’s so superficial nowadays anyway.”

For Naomi, choosing somewhere that you can vape – like a beer garden – is an easy way to overcome the social awkwardness. “I think if there’s a good beer garden and it’s not freezing cold, then definitely. 100%,” she says. “You’re already outside, so there’s no need to excuse yourself.”

Where can I vape on a date?

Wherever you have your next date and whoever you’re with, make sure you always follow the golden rules of vaping etiquette. Always make sure the venue allows you to vape before puffing away, and only vape around others if they’re happy for you to do so.

If you’re dating a fellow vaper, consider going somewhere that explicitly allows you both to vape together. Organise a picnic in the park, find a sunny beer garden or find out if there are any dedicated vape cafés near you.

In more traditional date hotspots – like restaurants, coffee shops and cinemas – vaping is almost always prohibited so you’ll need to head outside to use your blu device. If you’re in any doubt, it never hurts to ask the manager or venue owner.

Knowing whether to vape on a first date is a social minefield, but it’s not impossible to make it through without feeling awkward. If you want to be extra sure, probably best just to stay in on your own with a microwave meal for one, your blu device by your side, and the new season of First Dates on the telly. Problem solved!