explore
explore
About blu vape pensHow myblu worksHow the blu PRO Kit worksAll you need to know about blu vape pens and e-cigsAbout blu e-cigarette Intense flavoursblu – quality you can trust
About e-liquidWhat is e-liquid: everything you need to know about vape juicesThe meaning of PG and VG: what do they stand for?About blu e-cigarette Intense flavoursWhat is flavour ghosting and how can I prevent it?How to refill your vape penWhat are liquidpods?
Vaping glossaryVaping glossary
Ultimate guide to vapingUltimate guide to vaping
Where can I vape?Can I vape at the cinema?Can you vape on a train or on train platforms?Can I vape at the pub and is it allowed?Can I vape at work and is vaping allowed in the office?Can I vape at a football ground or in the stadium?Vaping laws in the UKGlobal vaping lawsWhat are enclosed public spaces?
How to vapeHow do I inhale vapour the right way?Will vaping set off smoke and fire alarms or trigger sprinklers?How to refill your vape penHow to store your vape pen and liquidpodWhat is an all-day vape?
About vape pensWhat is a vape pen and what types are there?What are open and closed vaping systems?What are clearomisers?What is a vape mod or advanced personal vaporiser?What is e-liquid: everything you need to know about vape juicesWhat are liquidpods?Maintaining your chargerCaring for vape batteries: how to clean your myblu battery 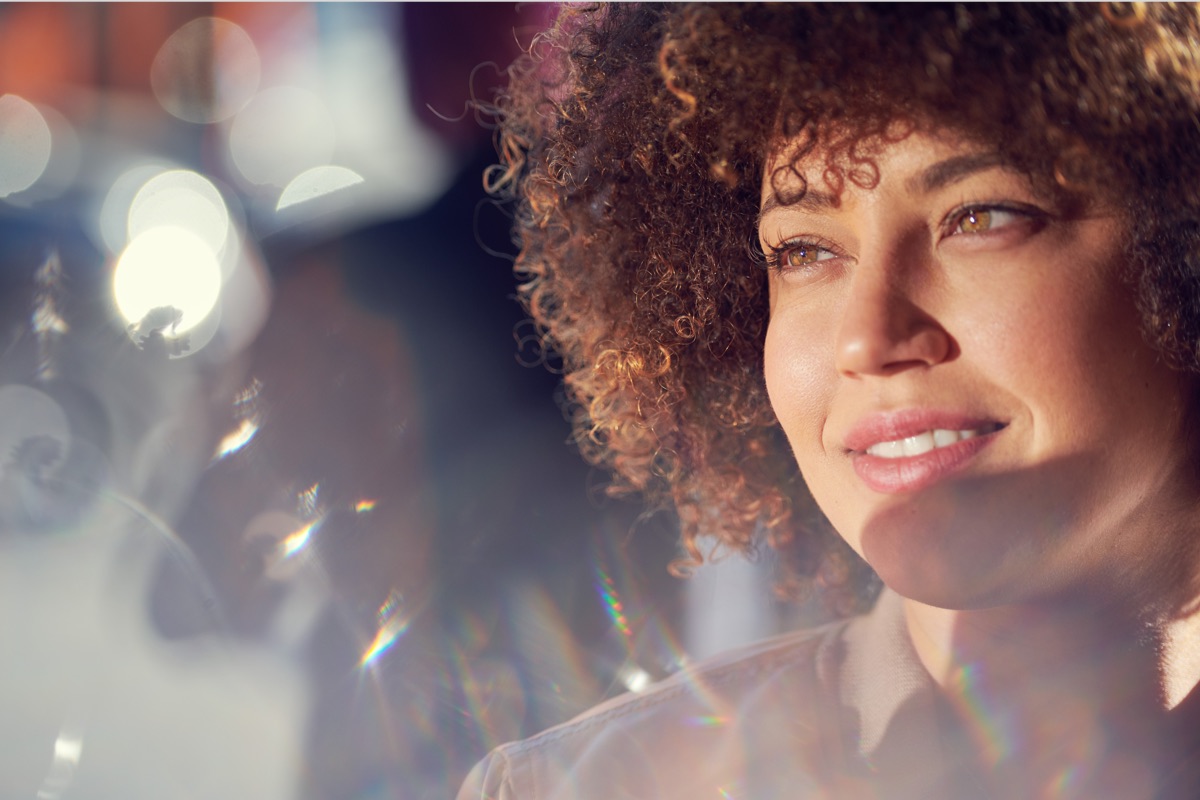 Vaping has never been more popular. Seen by many as a viable and cleaner alternative to smoking, vape pens that offer tasty-flavours and an odour-free finish have helped win over the hearts and minds of the public. But, particularly if you’re new to vaping, there’s lots of terminology to get to grips with and it’s easy to feel a little overwhelmed.

Fortunately, it doesn’t have to be this way. Vaping is far more straightforward than you might think. To get you going, we’ve put together this guide, where we’ll help you get your head around all the jargon and explain what happens when you power up your vape pen.

You’ll find the answer to:

What is vaping? Vaping is the act of using an electronic device to inhale a nicotine or non-nicotine e-liquid in vapour form. To create the vapour from the e-liquid, a device known as an e-gig, or vapouriser, is used. These devices come in many different shapes, sizes and specifications; and you can use an e-liquid of your choosing with each of these devices.

Vaping was first introduced back in 2004, when Chinese pharmacist Hon Lik invented the first modern vape pen. Since then, vaping has been adopted and enjoyed by millions of people around the planet. It’s proved particularly popular as an alternative to traditional cigarette smoking, with a hefty share of former-smokers having made the switch.

What is vapour? Literally put, vapour is “a substance diffused or suspended in the air, which is originally a liquid or solid turned into a gaseous form”. In this case, vapour is the gaseous state of an e-liquid, a flavoured and often nicotine-containing mixture that’s made to be inhaled. The vapour produced by a vape pen usually appears thicker than smoke, but it smells much nicer due to the flavouring of the e-liquid and it dissipates into the air much quicker, too.

What is a vapouriser? A vapouriser is an electronic device that transforms an e-liquid into a vapour, to be inhaled. These come in lots of different forms, but almost always consist of:

Vapouriser's are powered by a rechargeable battery. In most cases, this will involve the use a USB cable, while some models can be charged using a charger pack. As a rule of thumb, a vaporizer should take between an hour and three hours to fully charge.

What is a vape mod? A vape mod is a colloquial term for an Advanced Personal Vapouriser (APV). These are non-standard vaping devices, coming in a huge range of specifications; whether that’s unusual designs or altered components, such as larger batteries.

While these can have their benefits, they’re not a great place to start for those new to vaping. It’s probably best to get started on a more standard device first, and once you’ve learnt the ropes, maybe then consider modifications that could be of benefit to you.

What is a vape pen? A vape pen is simply another name for a vapouriser device. It’s often used to refer to small or medium, slimline vaporizer devices. This handy form and size makes them ideal for users, as they’re easy to transport and can be stored in pockets and bags. There are two main types of vape pen:

Open system e-cigarette - These are e-cigs that contain several removable parts, including a rechargeable device, clearomiser and mouthpiece; meaning these vapouriser require a more manual form of refilling. Because of this, they tend to be bigger and bulkier than closed system devices. They do require more maintenance, but because all of its parts are reusable, it can be a more cost-effective option.

Image Closed system e-cigarette - these are sometimes referred to as cig-a-likes, and consist of only the rechargeable device and a replaceable cartridge. They tend to be smaller and slimmer than open system devices, and are the convenient option if you don’t want to be fiddling around with parts to use your e-cig – simply unscrew the old cartridge and add a new one.

What is a vape cartridge? Vape Cartridges can be used with closed system e-cigarettes and consist of a sealed chamber of e-liquid, which connects to the rechargeable device. This then provides power for the heated element to create vapour inside the cartridge. Cartridges are disposable and can simply be removed and replaced once they’ve been used. In contrast to the open system e-cigs like vape pens, users need not handle any e-liquids themselves and many find this much more convenient. However, cartridges do tend to cost more than liquid refills, so it could be a less economical option.

What is the atomizer on a vape? The atomizer is the part of your e-cig that’s responsible for turning your e-liquid into vapour, through heating. It does this using a heating element, usually a coil, the power of which is measure in ohms. Generally, the lower the ohm level of the coil, the more power it will need to do the heating.

When you turn on your vape, power from the battery will begin to heat up the coil inside the atomizer. Just above the coil is a wick, which tends to be made from absorbent materials like cotton, that soak up your e-liquid. When the coil gets hot enough, it’ll evaporate the liquid and turn it to a gas, which can then be inhaled from your device.

Depending on the type of e-cig you have, the atomizer can be a disposable part contained within the cartridge, or a permanent part within your re-usable device, whereby you’d only need to top up the e-liquid when it ran out.

What is the clearomiser? A clearomiser is a particular design of atomizer. These are made of a pyrex glass or polycarbonate plastic, so that the user can check on the level of the vape juice in the tank, and more easily tell if it requires topping up.

What is a vape kit? Vape kits are bundles containing all the things you need to start vaping. They’re excellent for vaping beginners, usually containing an e-cig power console and charger, along with a selection of cartridges or e-liquid refills. If the vaporizer has removable parts, it might even come with replacement components like extra coils, batteries and other mod parts. But we would recommend that those starting out with vaping keep it simple at first.

What is a myblu pod? myblu pods can be used with our mybly device, which is a closed e-cigarette closed system and consist of a sealed chamber of e-liquid, which connects to the rechargeable device. This then provides power for the heated element to create vapour inside the cartridge. Cartridges are disposable and can simply be removed and replaced once they’ve been used. In contrast to the open system e-cigs like vape pens, users need not handle any e-liquids themselves and many find this much more convenient. However, cartridges do tend to cost more than liquid refills, so it could be a less economical option.

What is in vape juice? Vape juice is what’s known as e-liquid. This liquid is converted into vapour by the e-cig, and it comes in a wide variety of flavours and nicotine strengths. That means that the exact makeup of your vape juice will vary somewhat, but there are two main base ingredients of any vape juice.

These two ingredients are:

The ratio of VG to PG will have a noticeable impact on how the vapour feels when inhaled. Starting from a standard 50% PG / 50% VG split, you’ll find higher VG blends provide a smoother and sweeter vape, while higher PG variants offer more intensity and a better throat sensation.

These two ingredients are then combined with natural or artificial flavours, to give the vape juice its distinct taste and scent. There may be some dilutants too, such as distilled water, to help bring the strength down and make the mixture runnier. In most e-liquids, you’ll find nicotine is also added, however you can get liquids that are nicotine-free.

In line with the EUTPD law, the maximum concentration of nicotine allowed in an e-liquid is 20 mg/ml. The strongest available from blu contains 18mg/ml nicotine.

If you’re looking to make the switch to a more convenient alternative to cigarette smoking, browse our range today and find a vape that’s perfect for you.